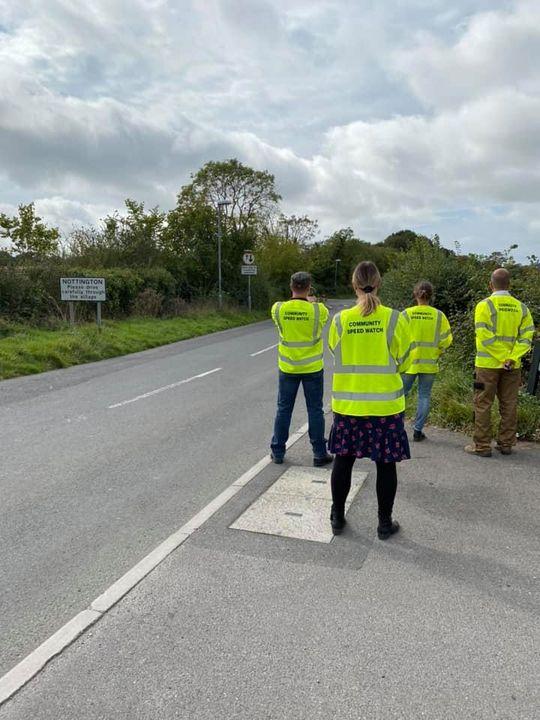 At the Langton Matravers Parish Council (Virtual) meeting held on 10th September, an in-depth discussion took place concerning the proposed 20 mph speed limit through the centre of the village.

As lead councillor for Highway matters, Cllr Ian Vaughan-Arbuckle (IVA), made a detailed statement on the current situation.  He reminded the meeting that, as a result of the overwhelming support of residents, when 92% of the 239 votes cast in the village survey were in favour of a 20 mph limit through the centre of the village, a case was presented to Dorset Highways on 2 July.

The Council had now received a response from Highways (Steve Mepham), which, in the main, referred to what had previously taken place over this issue, but did not address the important matters raised in the latest submission; the note contained no possible solutions.  The Council had also received a response from the Ward member, covering Langton Matravers, on the Dorset Council (Cherry Brooks-CB) who suggested the matter ought to be left in abeyance until the impact of the new school crossing on reducing speed could be assessed.  IVA disagreed saying that, along with others on the council, he did not consider the crossing would have an impact on speed other than in the immediate vicinity of the crossing itself.

IVA pointed out that speeding traffic was an important safety matter which needed to be addressed, without delay, before there was a serious accident in the village. During the summer since the end of lockdown, traffic through the village had increased significantly and was travelling faster.  The imminent development of Spyway Orchard (28 houses) and the proposed Old Malthouse development (20 dwellings) would increase traffic flow and the potential for a serious accident.

It was time for talking to end, the case is proved and the village wants to know why nothing has been done, particularly in light of the Secretary of States recent statement encouraging 20 mph speed limits for residential roads and high streets in built up areas.  In Dorset there are 17 x 20 mph zones and 11 speed limits.  A significant number of these apply in villages but none are in Purbeck; why not as the area of Outstanding Natural Beauty attracts vast numbers of visitors and vehicles, particularly during the summer months and holidays?

Given the right of reply, CB said she still thought it would be worthwhile to see if the crossing would slow the traffic through the village.  She also raised the issue of a ‘gateway’ to the village, something that had been talked about in the past as a way of slowing traffic. She was informed that this idea had been dropped some time ago.

Chairman, Cllr William Knight, said the village was frustrated and angry that nothing tangible had been done to resolve this important matter, which had been highlighted for some years.  It was high time that Dorset Council showed leadership in addressing this fundamental safety matter.  He stressed the need for CB to take this clear message back to Dorset Council, particularly as she was now the holder of the Highways portfolio.

Cllr Pete Christie said that he had monitored the speed of traffic past his house numerous times over the past few months and had no doubt there was a serious speeding traffic problem in the village. Cllr Neil Harding was concerned about the exorbitant price charged by Highways for the work they carried out.  As a builder he knew the cost of such work and wondered why local work could not be undertaken by local contractors. This point was linked to a matter raised by IVA questioning the policy of asking for contributions from Parish Councils for work that was linked to safety.

In highlighting the Parish Council’s determination to obtain a solution to the matter, IVA proposed the following resolution:

This Council resolves to fulfil the wishes of the parishioners of Langton Matravers to create a 20 mph speed limit through the centre of the village.

Further, the Council resolves not to accept that these wishes are unachievable until and unless the Council is unanimous in the view that all possible solutions have been exhaustively explored.

The resolution was carried unanimously.

IVA summarised the discussion by proposing the following action:

The Parish Council supports the creation of a Speed Watch team in the village as a way of reducing the speed of traffic.  As a start, there must be a minimum of 6 volunteers to create a team.  I have already volunteered to lead the team and will undergo specific training, as will all volunteers, to use the speed monitoring equipment.

If there are enough volunteers, a team from Dorset Road Safe would be  available to do a presentation to explain what is involved in volunteering  to be a member of a Speed Watch Team.